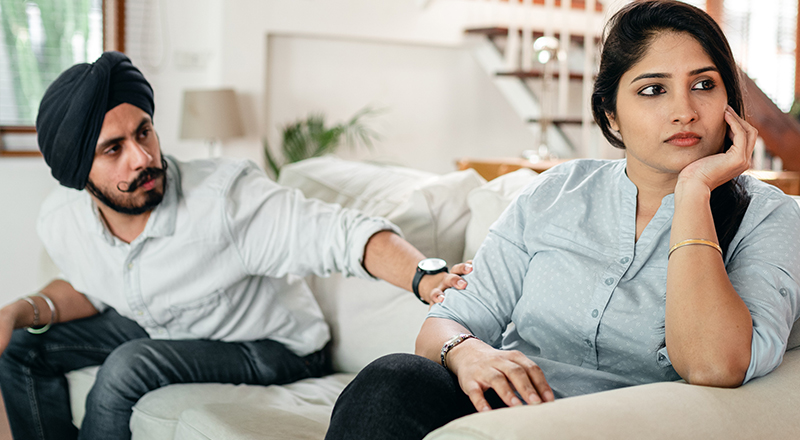 “I’m fine.” ……You know what that means when someone says it to you right?

Everything is NOT fine.

In fact, most of the time it means something like:

Not an awesome experience by any stretch of the imagination.

These reactions can leave you feeling the whole spectrum of uncomfortable stuff including:

Regardless of how it shows up for you, the feeling sucks and your relationship’s emotional bank account is left depleted, again.

“I’m fine” is just one example of passive-aggressive behaviour, because that actually comes in many forms.

Passive-aggressive behaviour is often a defence mechanism people use to protect themselves. It might be an automatic response learned over time based on what they learned growing up from the relationships around them.

Passive-aggressive behaviour consists of deliberate, active, but carefully veiled hostile acts. It is the indirect expression of hostility using various methods to convey your message.

For example, if you grew up in a home where your parents were passive-aggressive with one another, you would naturally pick up on the behaviour and think it was a normal way of communicating and getting your needs met.

It’s important to note that passive-aggressive behaviour used as a defence mechanism allows people who aren’t comfortable being openly communicative to get what they want under the guise of still trying to please others.

Those using passive-aggressiveness want their to get their way, but they also want to avoid:

It’s a destructive pattern and, depending on the severity and frequency, can be a form of emotional abuse in relationships. It erodes any trust that exists in a relationship and can create immense hurt and pain to all parties.

When negative emotions and feelings build up inside you and are then suppressed based on the need for:

Using passive-aggressive behaviours can seem like a natural tactic to get our needs met.

The concern is when this behaviour is more persistent and repeats regularly. When this is an ongoing pattern of negative attitudes and passive resistance in your relationship, you have a problem.

Examples of passive-aggressive behaviours include:

When something is going on (an issue or problem) and it should be addressed but you avoid or refuse to address it.

When you are upset/hurt/angry and you feel you cannot speak calmly and truthfully to deal with the issue. Rather than have a conversation about why you’re upset/hurt/angry, you avoid and ignore or bury your head in the sand.

Intentionally putting off tasks that you know you’re responsible for, because you know it will impact or upset your partner. When procrastination is about sending a message, rather than avoiding due to fear, it can show up like “I’ll eventually get around to mowing the grass but right now I’m just going to tinker in the garage” when you know that will upset your partner.

Deliberately stalling or preventing something from happening with counter productive actions.

Being cryptic, unclear, not fully engaging in conversations leaving the people you’re talking to unclear and ill at ease.

Being silent, morose, sullen and resentful in order to get attention or sympathy.

A way to put you in control over others and their expectations.

Showing a blatant disrespect and disregard for others to (consciously or unconsciously) punish them in some way.

Always coming up with reasons, justifications, or explanations for not doing things that you’ve agreed to do.

Being unable to look at your own part in a situation will turn the tables to put you in the victim position, and inevitably you will behave like one.

This is in regards to anything that is a normal expectation. For example withholding: time, money, sex, cooking, cleaning, etc. if they are normal behaviours within the relationship.

This can also includes the general niceties that have become the norm: making tea, running a bath, picking up a treat at the grocery store, etc.

Anytime you’re doing these things in an effort to send a message (rather than say it straight up) – like “I’m mad at you” – it’s passive-aggressive.

Continually acting like you can’t do something or take care of yourself.

This includes deliberately doing a poor job of something you’re responsible for – like laundry – in an effort to avoid having to do it in the future. This behaviour can also show up in order to punish the other people impacted by your failure to complete the task. For example: “Sorry I shrank your favourite sweater when I did laundry.”

How is the need for control related to passive-aggressive behaviour?

Bet you never saw this coming… The driving factor behind passive-aggressive behaviour really comes down to the need for control.

Over time people learn that it can be easier to use passive-aggressive techniques to get their way, than it is to open their mouths and say what’s really going on.

You get the idea…

Since most of us prefer avoiding confrontation or conflict, passive-aggressiveness becomes an natural and easy solution.

What Can You Do Instead?

Here are some basic rules to help you avoid or overcome passive-aggressive patterns in your relationships:

Draw Boundaries (Emotional Limits) And Stick To Them

Say What You Mean And Mean What You Say

Knowing how to ‘fight fair’ and have constructive conflict is a key part to the growth and development of any relationship. One way to do this is to set rules with the other party about what works and what doesn’t ahead of time, when you’re not fighting.

Knowing what your fair-fight-boundaries are before a disagreement happens can make tough conversations much more effective – and as a bonus, it increases trust and connection.

Forgive and Move On

When you said you were ‘over it’ and you’d let it go, you have to keep your word and do just that. Bringing up stuff from the past that’s supposedly been dealt with is unfair and only puts the other person on the defence.

If you said you were okay with something and that wasn’t true, get responsible for that and deal with the consequences of LYING. If you have trouble letting go of previous situations, you might need to do some investigation into what’s getting in the way of that for you.

Being Tolerant and Being a Doormat is Not The Same Thing

There is a BIG difference between these two things and you need to figure out where your boundary is. In the long run, people-pleasing is a waste of time; ultimately you will end up resenting the person you’ve been ‘pleasing’ – not to mention a deep rooted contempt for yourself.

When someone is showing up as passive-aggressive on an ongoing basis, there is something they are upset/hurt/angry about that hasn’t been addressed. By the time this has become a regular behaviour whatever you think they’re upset about is just a symptom of a bigger, deeper issue.

If you want your relationship to return to one of fun, love, and happiness you’re going to have to do the work and dig into that deeper issue and confront it together.

Download your free copy of the Build Lasting Love Guidebook and learn 3 proven techniques that will help you improve your relationships. 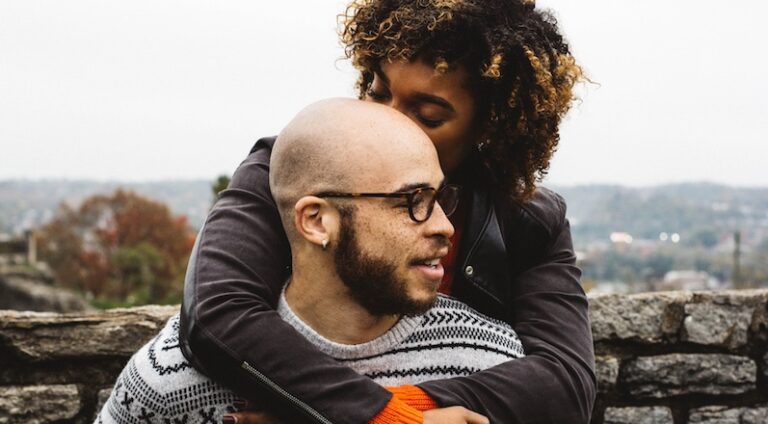 Have you ever had a relationship with someone where you felt like you were on pins and needles? Maybe like you never really knew where you stood with them? Or maybe you have someone in… 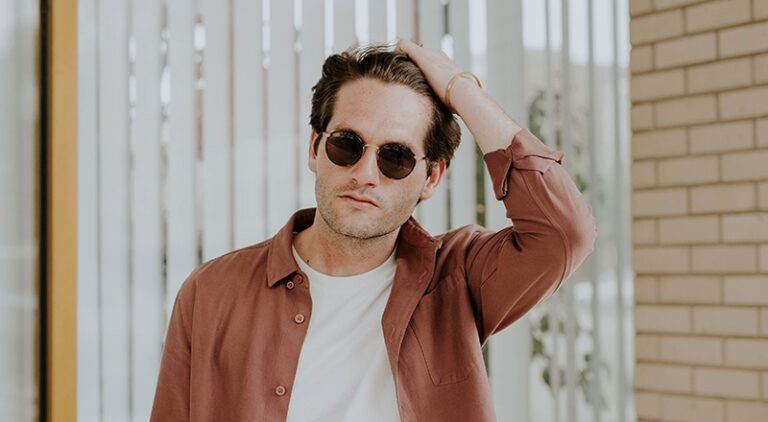 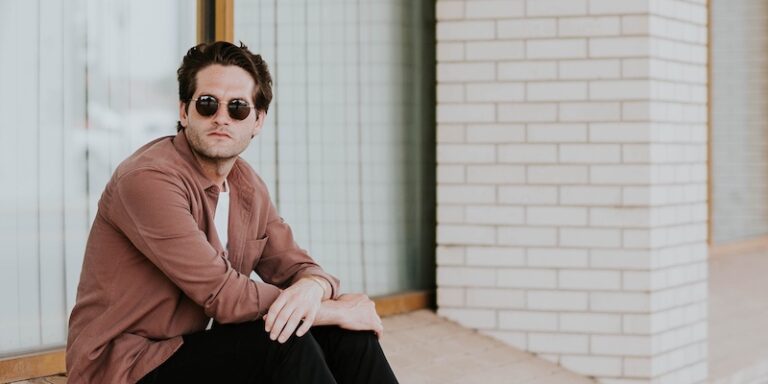 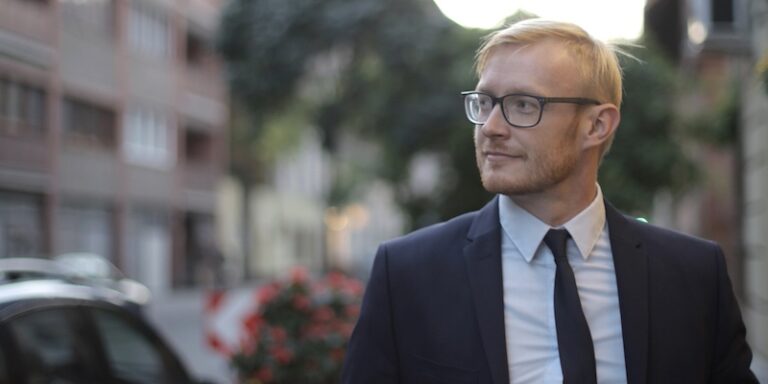